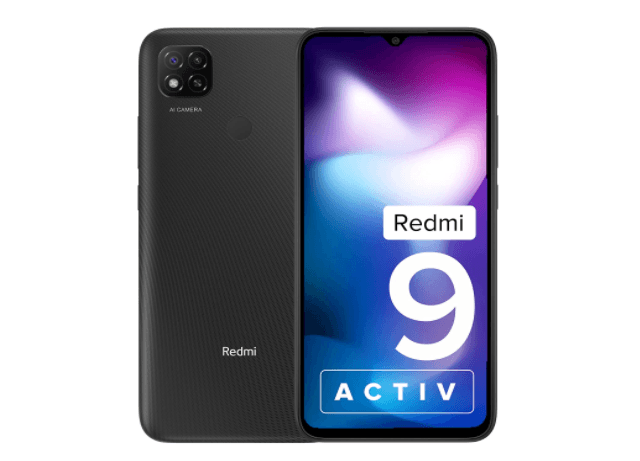 When it comes to design, this latest smartphone will carry a huge Redmi 9 impressions. The Chinese tech giant Xiaomi has launched a few devices outside the Indian market such as Redmi 9T, Redmi 9C NFC, and Redmi 9C. This Redmi 9 Activ will, most probably, be the overhauled version of the Redmi 9C NFC.
The latest addition to the Redmi 9 series will sport a 6.5” screen that will produce HD+ resolution. The LCD panel will come with 20:9 aspect ratio and the resolution will be 720*1600 pixels. At its core, Redmi 9 Activ will be powered by a MediaTek Helio G35 SoC and 6 gigs of memory. The onboard storage will be 128GB and users will have the option of expanding it further using a memory card.
Though the smartphone is just equipped with 10W charging, the battery capacity here is 5,000 mAh. Moving to the optics, the water drop notch will house a 5MP sensor for selfies and the rear will have a dual-camera module with a primary sensor of 13MP and a 2MP sensor for depth. The device will boot on Android 11 with MIUI 12 on the top.
Redmi has also incorporated a fingerprint sensor on the rear for the biometrics. The overall design and the specifications are quite similar with the Redmi 9C NFC that is available in the foreign markets. However, the NFC support is not given to the Indian variant, i.e. Redmi 9 Activ. A few key connectivity features are Wi-Fi 5, dual 4G VoLTE, a USB Type-C port, GPS, Bluetooth, and a 3.5mm audio port.
The fresh Redmi 9 device will be available in multiple color options; Coral Green, Carbon Black, and Metallic Purple. There will be two memory options, 4GB+64GB and 6GB+128GB priced at ₹9,499 and ₹10,999. The device has already gone on sale on the e-commerce giant Amazon.
Share This Article

‘);}else{}
Flipkart has launched the MarQ M3 Smart in the Indian
Redmi has finally revealed its all-new addition to the smartphone
Amazon has recently added two devices to its e-reader lineup,
if((typeof window.affdpchk === ‘function’ && window.affdpchk())||0){document.write(‘