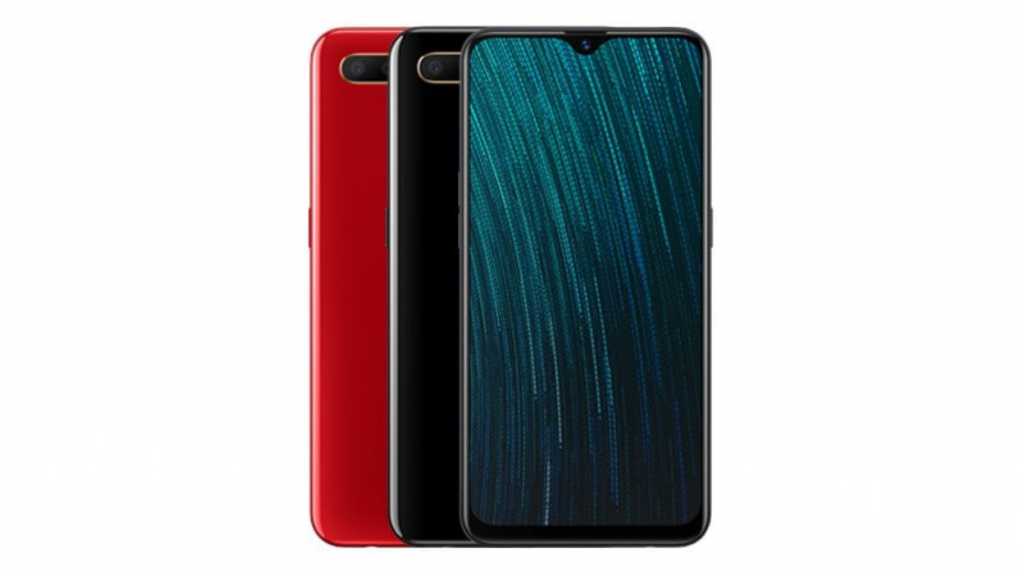 China-based handset maker Oppo has expanded its A series with the launch of Oppo A5s. The phone comes as a sibling to Oppo A5. Notably, in some regions the Oppo A5 is dubbed as Oppo AX5, and thus we can expect the Oppo A5s to debut in some regions as Oppo AX5s. In terms of difference, the Oppo A5s features a Helio P35 chipset instead of Snapdragon 450. Further, the Oppo A5s sports a tiny water drop shaped notch at the top which is a trend in all the recently launched smartphones as it helps to improve the screen to body ratio. The smartphone will be offered in Red and Black colours. However, the pricing as well as the availability details have not yet been revealed by the company. The Oppo A5 retails around TWD 5300 which roughly translates to Rs. 11,790.
Oppo A5s Features and Specifications
The Oppo A5s comes equipped with a 6.2-inch IPS screen with 720 x 1,520 pixel screen resolution. As mentioned earlier, the display features a tiny water drop shaped notch at the top that houses the selfie camera and enables a higher screen to body ratio. The device is powered by an octa-core MediaTek Helio P35 SoC along with 3GB of RAM and 64GB of onboard storage. In terms of software, it runs v operating system with ColorOS 5.2 on top. All of this is backed by a 4,230mAh capacity battery.
In the imaging department, you get dual camera setup on the back which consists of a 13-megapixel primary sensor with an f/2.2 lens and a 2-megapixel secondary sensor with an f/2.4 lens. The front hosts an 8-megapixel sensor with an f/2.2 lens.
The connectivity features provided in the device are Bluetooth 4.2, 4G LTE support, NFC, GPS, GLONASS, BeiDou, Galileo and USB-OTG support. In terms of dimensions, the phone weighs 170 grams and measures 155.9 x 75.4 x 8.2 mm.
We expect Oppo to launch the A5s in India as AX5s soon. Stay tuned with us for further updates.
Share This Article
You’ll most likely find Mautik editing news stories, humouring his possibly unhealthy interest in playing Games. When not expelling tech wisdom, he loves cycling, a good laugh and interesting people. He binges on food, movies, music and videos.
if((typeof window.affdpchk === ‘function’ && window.affdpchk())||0){document.write(‘

‘);}else{}
The Finland-based tech giant has unveiled an all-new Nokia T20
The South Korean brand has launched another 5G smartphone in
The Finland based brand has finally debuted in the country’s
if((typeof window.affdpchk === ‘function’ && window.affdpchk())||0){document.write(‘