Last Thursday, Alex Speidel, one of the lead organizers from United Paizo Workers/CWA, joined a historic meeting with President Biden, Vice President Kamala Harris, Secretary of Labor Marty Walsh, and other worker organizers at the White House to discuss how he and his coworkers at Paizo won voluntary recognition for their union.
Speidel and his co-workers, who help produce the popular award-winning Pathfinder and Starfinder tabletop game series, formed United Paizo Workers/CWA in the fall of 2021 in response to several workplace issues including pay inequity, abuse, inconsistent hiring practices, managerial impropriety, and more. During the meeting, Speidel told the group that the workers’ position to win voluntary recognition was strengthened by the support they received from freelancers who worked for Paizo. “I was so proud to be able to represent my coworkers, our freelancers who stand with us in solidarity, and the unrivaled Paizo community,” said Speidel in a blog post following the event.
President Biden thanked the worker organizers at the meeting for their leadership and contributions to the worker organizing momentum. “Everybody is entitled to be treated with dignity,” Biden said in a video of the meeting. “And as my dad used to say, sometimes you have to demand it if you don’t get it. And the way to demand it is you organize.”
The event was organized as part of the work the White House Task Force on Worker Organizing and Empowerment is doing to identify actions the Executive Branch can take to support worker power, worker organizing, and collective bargaining. Vice President Harris and Secretary Walsh serve as Chair and Vice-Chair, respectively, of the task force. 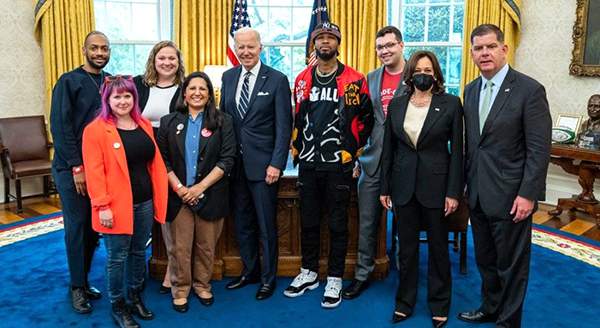 Alex Speidel (third from right), one of the lead organizers from United Paizo Workers/CWA, met with President Biden, Vice President Kamala Harris, Secretary of Labor Marty Walsh, and other worker organizers at the White House.
Share This Article:

American Red Cross
Blood service workers at the American Red Cross (ARC), represented by a coalition of labor unions including CWA, have been on the front-lines throughout the pandemic, keeping their communities and donors safe and healthy. They have been mobilizing for months demanding respect and a fair contract that guarantees affordable health care and safe working conditions, including adequate staffing levels. In addition, the workers are seeking to prevent harmful levels of turnover among trained staff so they can collect our lifesaving blood supply. Instead of responding to the workers’ concerns, Red Cross managers are making things worse by proposing to roll back health care benefits for thousands of employees.
The workers participated in coordinated actions this week to raise awareness about these conditions and to call on ARC management to give the workers the contract they deserve.
“As someone who goes to different sites in different states, I can tell you that the issues front-line workers face are systemic throughout Red Cross…management doesn’t care that many of us have children and families we have to take care of. They routinely schedule staff for long shifts with little notice,” said Jaytricia Tremel, CWA Local 13000, who spoke at the rally held in Washington, D.C.
In addition to Washington, D.C, the workers held actions in Lansing, Mich.; Peoria, Ill.; and San Diego and Pomona, Calif. CWA members at the Red Cross in Pennsylvania, Virginia, and New York are responsible for drawing blood from patients and donors, coordinating donor drives, and more. 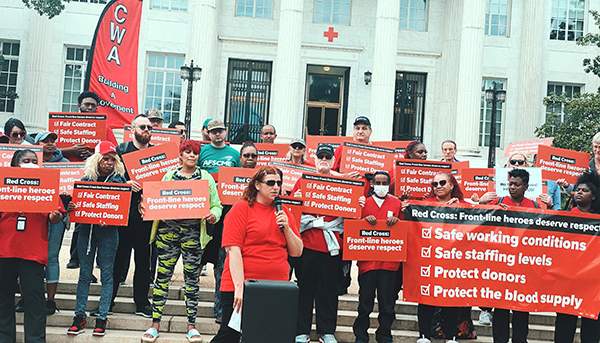 Jaytricia Tremel, CWA Local 13000, spoke at the rally held in Washington, D.C., as part of a nationwide mobilization for a fair contract at American Red Cross.
###
Buzzfeed News
Last Friday, workers at Buzzfeed News, members of the NewsGuild of New York (TNG-CWA Local 31003), unanimously voted to ratify their first contract. The workers have been fighting for a first contract for more than two years. Throughout the bargaining process, they engaged in escalating collective actions, including a one-day work stoppage, to put pressure on management to fairly negotiate a contract the workers deserve. In addition to setting a salary floor, the new five-year contract includes yearly salary increases, a cap on health care cost increases, just cause protections, expanded eligibility for overtime pay, and more.
###
National Domestic Workers Alliance
Last Wednesday, more than 200 workers from the National Domestic Workers Alliance (NDWA), members of CWA Local 1180, and supporters joined together for a virtual rally in support of NDWA workers who are bargaining their first contract.
The workers have been fighting for a fair contract that includes equitable salaries and benefits, and provides better workplace protections.
“We are thankful for the voluntary recognition on the part of management, but now they need to put their money where their mouths are and work on a fair and reasonable contract with the members,” said CWA Local 1180 President Gloria Middleton.
Share This Article:

New Affordable Internet Service Plans Will Help Create Good, Union Jobs
On Monday, at a White House event attended by CWA Secretary-Treasurer Sara Steffens, President Joe Biden and Vice President Kamala Harris announced a program that will make high speed broadband more affordable for millions of Americans.
The Biden Administration has secured commitments from 20 internet service providers to offer plans for $30/month or less to households that are eligible for the Federal Communications Commission’s Affordable Connectivity Program.
“Making high quality broadband more affordable, along with the high labor standards for broadband buildout required by the bipartisan infrastructure bill, will help create and support good, union jobs,” said Steffens. “We appreciate the Biden Administration’s strong leadership on this issue.”
CWA’s Broadband Brigade members have been promoting the Affordable Connectivity Program in their communities. CWA-represented companies AT&T, Verizon, Frontier, and Altice are among those offering discounted plans. To learn more and find out if you are eligible, visit GetInternet.gov.
###
Fighting for Good Airport Jobs
On Thursday, CWA Local 3645 President Donielle Prophet joined Democratic Senator Edward Markey (D-Mass.) and Representative Chuy Garcia (D-Ill.), other union leaders, and workers in Washington, D.C., to show support for setting national wage and benefits levels for all airport service and airline workers at major airports that receive federal funding in order to ensure public money serves the public good.
“Our contracts offer some protections against wage disparities in the industry, but there is still much to do. Airlines pay lower wages to employees working for wholly-owned regional carriers in order to maximize profits for shareholders,” said Prophet. “At Piedmont Airlines, my members earn wages that are significantly less than mainline agents, despite performing the same duties—sometimes alongside mainline counterparts. CWA’s regional employees deserve to earn the same pay for completing the same work.”

Donielle Prophet (pictured front and center), CWA Local 3645 President, joined lawmakers, other union leaders, and workers in support of setting a national wage and benefits level for all airport service and airline workers.
###
CWA Endorses Pro-Worker Congressional Candidate in Florida
Today, the CWA Florida Presidents’ Council announced that they have endorsed Democratic Congressional candidate Maxwell Alejandro Frost in his primary election for Congressional District 10. Frost is a longtime political and social justice activist who believes it is time to change the system so that poor, working-class, and young people have a seat at the table. Strengthening workers’ rights, ending gun violence, winning Medicare for All, transforming our criminal justice system, and ending the climate crisis are among the broad issues he hopes to fight for in Congress.
Share This Article:

Last Thursday, in a win for members of United Campus Workers at the University of Tennessee at Knoxville (UCW-CWA Local 3865), the University of Tennessee announced graduate student workers will no longer have to pay student fees. This move will save graduate assistants – those who work teaching or performing research – nearly $2,000 a year. For the last three years, the members of UCW-CWA Local 3865 have been fighting to eliminate these burdensome fees that add to the financial hardships the workers are already facing as the cost of living continues to rise. This win follows the successful efforts of the members of United Campus Workers-Georgia (CWA Local 3265) to remove the “Special Institutional Fee” across all public universities in Georgia.
In Mississippi, part-time and full-time staff, faculty, and student workers from the University of Southern Mississippi, members of United Campus Workers of Mississippi (UCW-CWA Local 3565) held a rally last Thursday to call on the university to raise the school’s minimum wage to fifteen dollars an hour. The university advertises its role as an economic driver for the community, generating an annual economic impact of over $600 million. Yet, the lowest paid university workers receive an annual salary of only $21,000 (roughly $10.50/hr) – a sub-poverty wage for those with families. The rally ended with the delivery of more than 300 employee signatures to University President Rodney Bennett pressing for the establishment of a living wage for all employees. 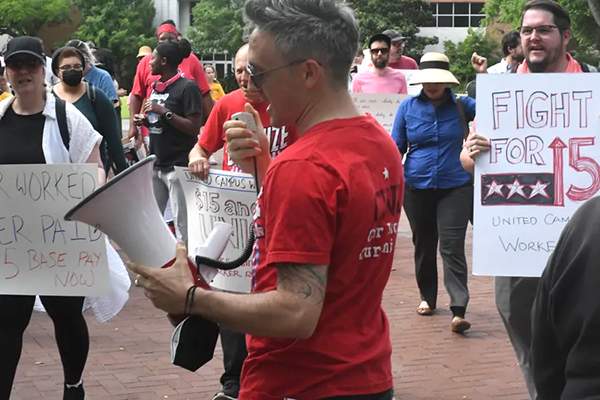 Members of United Campus Workers of Mississippi (UCW-CWA Local 3565) and supporters held a rally to call for the establishment of a living wage for all employees.
Share This Article: 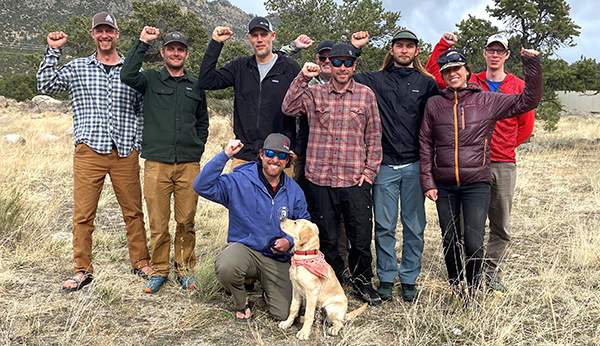 Last Wednesday, CWA ski patrollers from Colorado, Utah, and Washington, members of United Professional Ski Patrols of America/CWA 7781, convened in Buena Vista, Colo., for their annual end of season meeting. They discussed their efforts to build their union and raise working standards in the winter sports industry. The leaders also celebrated historic pay victories for patrollers at Vail Resorts in Colorado, as well as the successful recent organizing campaign at Purgatory Resort in Durango, Colo.
Share This Article:

CWA members can get special access to the Farmers Insurance Choice platform to compare auto and home insurance quotes from top companies — all in one place with UnionPlus. Learn more here. 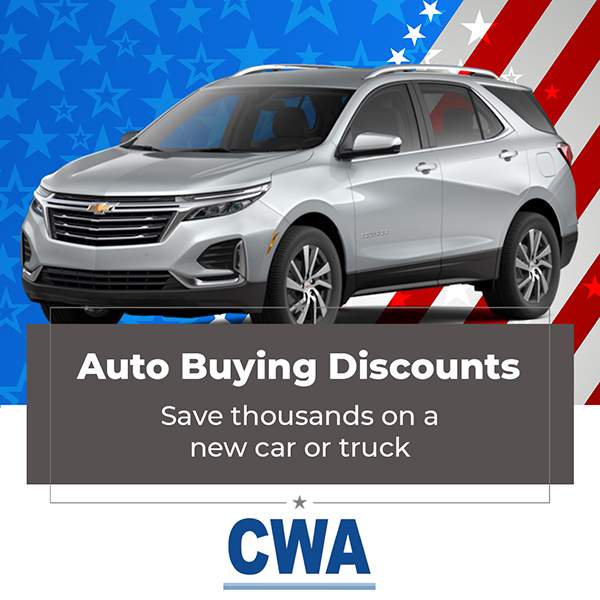