– Hi, today we’re gonna be talking about asbestos exposure in the military service, conditions it could have caused who could have been exposed, different benefits you can get. So we hope that you’ll join us in order to discuss this information. (upbeat music) Hi, and welcome back to Hill & Ponton VA Disability Blog. (piano music) My name is Natalia Jofre, I’m the company COO. – And I’m Attorney Melanie Williams.

– And today Melanie and I are gonna be talking about a pretty hot topic, which is asbestos exposure in the military service. So, Melanie, I know that we hear about this, we see commercials about it. But what we’re gonna do today is a little bit different because we’re gonna talk about how veterans are specifically, or could have been specifically exposed to asbestos. But I wanna go back to a little bit more basic information and then we’ll grow from there. Can you tell everybody, what is asbestos?

Is it a natural substance or what is it? – Yes, so it is a naturally occurring material.

It’s found in rocks and soils. Not to get too technical but it’s composed of thin needle-like fibers that are actually soft and flexible. The important thing that we would need to know about it is that it’s heat resistant, so it’s used as a fire resistant, as insulating material, and it can be used to make materials stronger like cement and plastic.

So, that’s why it’s used so widely in so many industries, because it has, you know, great benefits to different materials. The problem with it is that when it’s inhaled or ingested, it becomes permanently trapped in the body, which can then cause inflammation, scarring, genetic damage, which could then lead to cancers and diseases. Basically what you need to know, it’s been banned in more than 60 countries, but it hasn’t been banned in the US. So, that kind of shows how bad it can be. – Wow – Yeah.

– That’s kind of sad and terrible.

I think the negative health effects about it weren’t realized until later, and we’ll talk about that in a little bit as to why. – Okay. So speaking of, you know, when you could have been exposed, who may have been exposed to this in the military? – So if you served in the military from the 1930s to the 1970s, in all branches, you are at high risk because the military used it extensively. In the army and the air force, both used asbestos and electrical wiring, insulation vehicles.

The Navy and the Marines used it in ships, shipyards, airplanes, other armored vehicles. And with those ships, they also had poor ventilation, which makes something like asbestos a lot worse. If you were a vehicle mechanic, so while performing routine maintenance work on vehicles, there were asbestoses in brake pads, clutches, bearings, gaskets, aircraft mechanics, because it was also used in the rudders, fuel systems, hydraulic systems, veterans who work with boiler systems, piping or cooling systems. According to the VA, this is the list of, they say any veteran who worked in the following could have been exposed.

So it’s a lot. – Oh my goodness! – Not only that, you could have also been exposed because it could have been hidden in your sleeping quarters or within vehicles, within weapons, within buildings. And, it’s not only veterans from the 1930s to 1970s. Also, they have found that in Iraq and other countries in the Middle East, they imported large amounts of asbestos in recent years for construction.

So, if a building was demolished, desert winds could have spread the asbestos for miles, exposing all the veterans that served in Iraq, – You’re going down this list, which is almost incomprehensible to me. And, I’m sitting here thinking, well, you’re pretty much covering, (scoffs) I mean, that’s a lot of points of exposure if you were in the service – Yes. during those years. – Yes. – There were a lot of opportunities for you to be exposed, – Right.

– You know, it’s so interesting, you give this information and I don’t think you realize like how, informative it is, how mind-boggling it is. Like, I always thought asbestos was something that sometimes unfortunately in the seventies was in the insulation. And so you breathed it through these vents, you know, we we’ve heard of sick buildings and that, that was pretty much, you know it was just a happenstance and an unfortunate coincidence, but from what you’re saying and the way it was used, I mean that it was actually even used. – Yes – This is crazy, and we were just talking earlier about Vietnam veterans.

And so this is still a large portion of our population that could have been exposed to asbestos and have conditions as a result of that exposure right now.

Like this is not, – Right. – I think that lots of times people think, Oh, this was a long time ago, so this isn’t affecting me now. This item, this doesn’t qualify but, just the list that you gave, shipyards, construction, carpentry, the mining, the milling, and then the fact that you said that it could have been living quarters.

Goodness gracious. And then you were saying that even in recent wars with Iraq, did you say Iraq and Afghanistan were importing it?

– Iraq specifically, but other countries in the middle East as well. So it’s likely. – Okay. Okay. So give us an idea what medical conditions are linked to asbestos exposure. 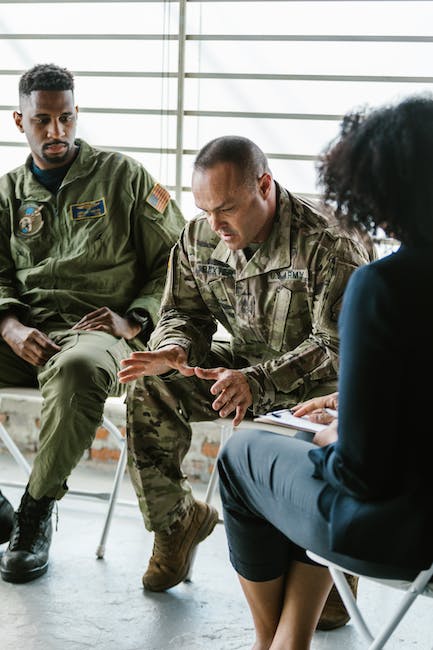 Because you may have a condition and be like, I had no idea this could have been because of asbestos. So, – Right. – Can you give us an idea of what some of those conditions could be? – Yes, so there are cancerous and there are also non-cancerous conditions. They’re going to revolve mostly around the lungs.

The most popular is what’s called mesothelioma. It’s a cancer that occurs in the thin layer of tissue that covers the majority of the internal organs. It’s almost exclusively caused by asbestos. So that’s why that’s the one that we hear the most. – Yes.

– There’s also lung cancer, ovarian cancer, laryngeal cancer, and then some of the non-cancerous conditions, asbestosis, which is scarring of the lung tissue that causes breathing problems. COPD, chronic obstructive pulmonary disease.

There’s also pleural plaques and effusions and diffuse pleural thickening. Basically it’s scarring in the inner surface of the rib cage and the areas surrounding the lungs. So it can cause breathing problems.

So you’ll wanna look for symptoms like pain, cough, breathlessness, shortness of breath, pain around the rib area. Just, different lung-related conditions. – I know that you mentioned asbestosis, and I know from my experience with these cases because there’s also mass torts claims by the way, associated with these claims and just so that people know you can have both, you can pursue a claim for veteran benefits or disability benefits as a result of, illness resulting from asbestos exposure.

And you could also have, you know, a mass torts claim, because of this exposure as well. So they’re not like mutually exclusive.

So asbestosis is the condition, that is the diagnosis that you would be claiming for. And again, whether it’s, you know mesothelioma or any other condition, you’re claiming that the condition that you have, and then the cause of it is the asbestos exposure.

– Okay. Is it difficult to prove the exposure to the asbestos? – Just like anything else with the VA you’ll wanna make sure that you have, sufficient evidence.

Or how do they know which one, which umbrella to put you under, I guess? – Right.

So, – Or does it matter? – So each, exposure or toxic chemical is gonna have its own sort of set of diseases or conditions. So like for Agent Orange, we know there are certain presumptive conditions like diabetes type two.

Asbestos exposure does not have its own presumptive conditions but, you know, the lung conditions are more related to asbestos while, Agent Orange has different other types of conditions. So it’s gonna depend on what medical evidence shows, what scientific studies have shown that what conditions are caused by, which, type of exposure or which chemicals. So basically you’ll wanna claim all the conditions that you have and explain the different ways that you were exposed. And then a doctor, either the VA examiner or your own doctor will kinda help figure out what conditions do you have that are due to what toxic exposures. – Okay, great.

Any other advice you can give on these claims and maybe, can you tell veterans what to do if they feel that they have been exposed to asbestos? – Yes.

So, one of the tricky things with these asbestos claims is they may not, your condition may not show up for years and years. It can remain in your body for decades. We’re talking 10 to 70 years after your initial exposure.

Cancers can take 20 to 50 years to develop. So you may have been exposed in the seventies and then now is when you’re having symptoms and you wouldn’t even think that it’s due to asbestos. But so you’ll wanna talk to your doctor, whatever you notice, whatever you feel, particularly related to lung conditions, make sure that you talk to your doctor so that they can give you a proper diagnosis. And then you’ll wanna try and think back and remember how you could have been exposed to asbestos and then have the doctor make that connection for you.

As usual, great information, Melanie. Thank you. – Thanks. – If you have any questions or want additional information, please feel free to visit our website or call our office. Otherwise, thanks for joining us.