– What’s up, guys? SuperSaf here, and believe it or not we’re almost halfway through 2021 already. Time really does fly. And, so far this year we’ve had some amazing smartphones already. Now, like I’ve been doing for the past few years, halfway through the year I do give you my top five personal picks of the year so far.

Now, before we get into the list, a few disclaimers. I’ve tested a lot of smartphones this year, but obviously I’ve not tested every single one. So there may be a smartphone that you think should have been featured, which hasn’t been.

That’s absolutely fine. Please drop that in the comments below and I’ll try to test it out and include it in the final end of year list.

The second disclaimer, this is my personal top five list. It might be different to your list. That’s absolutely fine guys. We can still be friends. There’s no need to fight.

Please drop your top picks down in the comments below. This list is in no particular order. I’m just giving you my top five. And because this list is of devices released in 2021, there are no iPhones in this top five list.

Yes, we did have the purple iPhone 12, but that’s just a different color.

It doesn’t really count as a different smartphone. If you must know, the iPhone that I use most is the iPhone 12 Pro Max. I’ve had it since the day it was released. I really like the cameras, they’re very consistent. It’s got some of the best video on any smartphone right now and it’s got excellent battery life.

Now there’s definitely room for improvement. We don’t have the best display on the iPhone. There’s lots of other smartphones, this year especially, that do overtake the iPhone in terms of display with high refresh rates. And the iPhone that I think most people will opt for is the iPhone 12. I’ve covered both the iPhone 12 Pro Max as well as the iPhone 12 in separate reviews.

I’ll link those in the comments and the description. And if you are thinking about buying an iPhone, personally speaking, I would recommend you wait a few months. September is likely when we’re going to be hearing about the next new iPhones, the iPhone 13s. So it might be worth just waiting a little bit longer unless you get a great deal. Now, with all of that out of the way, let’s go ahead and get to the 2021 top five list.

So, the first smartphone on my list in no particular order, is the Samsung Galaxy S21 Ultra. Now the S21 Ultra came out very early this year and it has been the Android smartphone that’s been in my pocket for the longest period of time. And that’s because Samsung really did take a lot of feedback from users on the S20 Ultra and pretty much improved everything that we had asked for.

So we’ve got an excellent display with 120 hertz. We’ve got a very unique design, which we don’t really see on any other smartphone, with a camera module really blending into the sides.

And I’m a little bit biased but the matte black version looks absolutely stunning. We’ve got excellent overall cameras with, in my opinion the best zoom on any smartphone right now. 10x obstacle zoom, which can be extended quite a bit. Now, we no longer get a charger included out of the box which isn’t great for a smartphone of this price. And the charging is also not the fastest out there.

It’s only 25 watts wired charging. And this year we no longer have a MicroSD card slot. Something that a lot of people are used to on Samsung Galaxy devices. But, regardless, it’s an excellent smartphone and I can easily recommend it.

The next smartphone on my list was also a smartphone that came up pretty early but has kind of got forgotten a little bit and that is the Oppo Find X3 Pro. Now Oppo really did try to tick all of the boxes with this device. We’ve got an excellent display. We’ve got some great overall cameras and what’s quite unique is that we have the same sensor for the primary as well as the ultra wide camera, which you don’t really see on many of the devices. And we also have the world’s first microscope camera on a smartphone.

Now this is something that I initially thought was a bit of a gimmick, but after using it, I actually found I was using it more than the telephoto camera. Just kind of getting my camera close up to things and really being able to see the details is just so, so much fun. There’s also 65 watt charging included out of the box with 35 watt wireless charging.

And it’s also quite compact for a full size flagship. It’s only around 8.

26 millimeters thin, which makes it a lot lighter and a lot easier to use compared to some of the other flagships out there. Now, of course it’s not perfect. There’s definitely room for improvement. I think the selfie camera could be improved, it’s only 1080p and with the design, although the way the camera module rises up is quite unique, the overall design does look very similar to the iPhone 12 Pro Max.

I also think the device is priced slightly high, especially if we compare it to the next smartphone on this list and that is the OnePlus 9 Pro.

Now OnePlus and Oppo are partner companies so we do see a lot of similarities, especially from the front. The displays look almost identical. This is not a bad thing. We do have 120 hertz on both displays and they’re very good. The OnePlus 9 Pro, however does come in quite a bit cheaper compared to the Oppo Find X3 Pro. 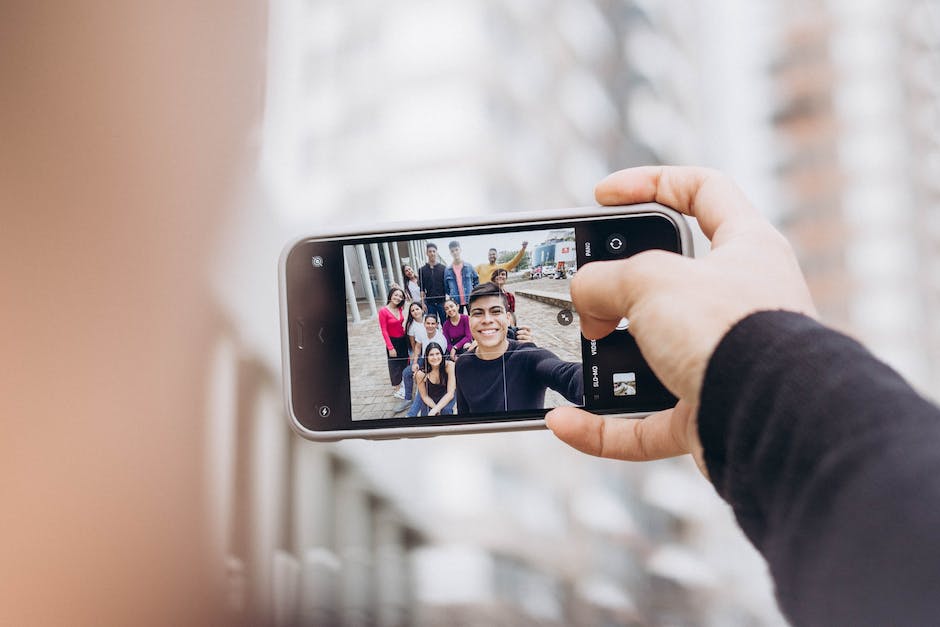 And for that, you’re not really missing out on too much. You do get a premium built design Warp Charge 65T included out of the box with support for wireless charge 50T, which is very, very fast.

And although the internals are very similar to other flagships out there, what you find with the OnePlus 9 Pro is that, thanks to OxygenOS, it is very, very fast and smooth. We also have some big improvements for the cameras this year on the OnePlus 9 Pro with the ability to record 8K from both the primary as well as the ultra wide camera. And we have this massive Hassleblad partnership which in my opinion, didn’t fully live up to the hype and although the cameras have improved with time with software updates, I still think that the Hassleblad partnership fruits will be seen a few years down the line.

Now the front facing camera is still not good as with the Find X3 Pro, it’s just 1080p but overall, the one plus nine pro is a great package.

Now, before we move on, if you’re enjoying this video so far, please do consider subscribing to the channel. Around 60% of you watching are not subscribed. What’s that all about? Do subscribe, hit that bell icon, so you don’t miss future coverage like this.

Right, now the next smartphone on my list I mean, it’s complete overkill, it ticks pretty much all of the boxes and that is the Xiaomi Mi 11 Ultra. Now this device arguably has one of the best displays on the market right now. Definitely one of the brightest displays out there with 1700 nits.

You’ve got 67 watts wired charging included but you’ve also got support for 67 watt wireless charging, some of the fastest wireless charging you’re going to find out there. You also get a secondary display on the back which can be used as a viewfinder for the rear facing cameras, which means you can get some very high quality selfies. Now, the cameras overall, in my experience did not live up to the hype. Yes, they have been improved over time, but things like the 120X at the back on a zoom camera that only has five times optical zoom capability in my opinion, was just bad at marketing. I mean, sure, the Zoom’s good, but it doesn’t not compare to the zoom on something like the S21 Ultra.

Now moving on, the final smartphone on my list. This was definitely very difficult to choose, but I think it’s going to have to be the best compact Android smartphone out there, in my opinion and that is the ASus Zenfone 8. Now this was a bit of a surprise from ASus. Traditionally we’ve had the flip, which we still have but the Zenfone 8, for me, was a device that comes in at a very competitive price point with pretty much all of the internals that you have on any other flagship. There’s really not many compromises made.

You’ve got 120 hertz display. You do have a respectable 4,000 milliampere battery with 30 watt charging included out of the box and a 3.5 millimeter headphone jack which you’re not going to find on any other smartphone on this list.

So, very impressive there. Now, you don’t get wireless charging included and it can seem like a pretty basic phone.

It’s not got any bells and whistles but if you are after a compact flagship smartphone, then the Asus Zenfone 8 is an easy recommendation. Now, I do have lots of honorable mentions because there’s so many great smartphones that I have used. We do have the gaming smartphone, such as the ROG Phone 5, the pro the one that I liked best, which was the ultimate edition 144 hertz display, 6,000 milliampere battery with lots of triggers for gaming. And then we also had the Legion Phone Duel 2, which, in my opinion, is more of a gaming device than a smartphone. And that’s because it’s really been built for gaming completely in landscape, including the pop-up selfie camera, 144 hertz display, a built-in fan to keep your device cool after long gaming periods, as well as two USB ports, which you can use simultaneously for dual turbo charging.

This just absolutely blew my mind. The ability to plug in two USB-C cables to up to a 90 watt charger which give you some very, very fast charging.

We also had the ASus Zenfone Flip, which allows you to use the rear facing cameras as front facing cameras with 8K video recording. Overall, a great smartphone. The S21 as well as the 21 Plus, which offer a lot of features that the S 21 ultra offers, but at a lower price, even compared to last year.

Very promising devices, which unfortunately, I have not had a massive amount of time to play with. And let’s not forget some of the budget options that we’ve had this year, such as the Realme 8 Pro which I was very impressed with. 108 megapixel camera, 50 watt dock charging included out of the box, all for under 300 pounds. We also had the Poco F3 with the Qualcomm Snapdragon 870 processor, 120 hertz refresh rate, again coming in at around 300 pounds, which is absolutely insane.

And then I also got to test out the Infinix Note 10 Pro which is a device that retails for around 259 dollars, has a 90 hertz display, 256 gigabytes of storage with 8 gigabytes of RAM at that very competitive price. I mean, I could potentially do a separate video altogether for the top five budget smartphones. Definitely let me know in the comments below if you’d like me to do that. And that is my top five list with the honorable mentions. What are your favorite smartphones of the year so far?

Do drop those in the comments below. I hope you enjoyed this video and found it useful. If you did, then do smash that like that for me.

And if you haven’t already, then be sure to subscribe and hit that bell icon. We are going to be having the end year full roundup as well as the SuperSaf Style collaboration with all my friends, which you definitely don’t want to miss.